When I was a young lad and found myself getting flustered over some trivial challenge that came my way, my Grandad always used to say, ‘Gary, you can’t whistle with a mouth full of custard’ 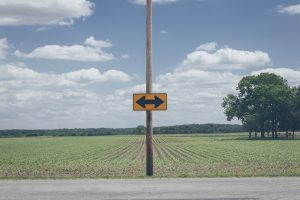 I used to look at him as if he was a fool but he would just chuckle to himself and that would be the end of it. I didn’t have a clue what he was talking about and at the time, I never asked him.

Fast forward a few years and I started to look for ways to make money online which would enable me to get out of the factory I was working in, a factory which had become my prison because with a young family and with a mortgage and endless bills to pay every month so I had no other option to stay in a job that I hated.

If you have ever investigated the ‘make money online’ market you will know only too well that after only a few hours of research, the only result is that you will be completely overwhelmed by what is on offer.

Affiliate marketing, blogging, Subscription websites, freelancing, the list goes on and on.

To make matters worse, some of the people who are offering advice on how to make money from any of the methods described above are at best somewhat ‘shady’ and at worst, nothing more than common criminals who prey on ordinary people who are desperate to make money. I soon fell into the ‘shiny object’ trap and started buying course after course which promised so much but delivered so little. That warm exciting feeling from reading a carefully crafted sales page was soon replaced with that sinking feeling that I had been duped yet again.

The agonising problem was though, I knew only too well that this process would keep on happening until I had the courage to ‘man up’ and do something about it instead of blaming everyone else but myself for the mess that I was in.

Enter my Grandad, Harry Cash (yes, that is his real name!)

I was telling him about how I was looking for ways to make money online and that I was thinking of starting a subscription website with a bit of blogging and freelance work on the side, as well as starting a business selling products on Amazon.

He just looked at me, and I could tell from his face that he was going to utter those immortal words.

‘Gary, you can’t whistle with a mouth full of custard!’

‘Bloody hell Grandad, don’t start that again, and what are you talking about anyway, and I don’t even like custard!’ was my reply. He burst out laughing yet again and said he was wondering how long it would take me to ask him what he was talking about. He then went on to explain to me the meaning of ‘You can’t whistle with a mouth full of custard!’ and it basically changed my life.

At this point you are probably thinking, what a load of rubbish, especially when it comes to starting an online business. After all, look at successful marketers such as John Thornhill, they have many different streams of income which all bring in a healthy amount of money each month. The thing is though, the vast majority of these successful people started off with one business. They didn’t try to half-heartedly start several different businesses at the same time but instead, they concentrated on one until it became profitable and then, and only then, did they start look at other opportunities.

If you would like to learn more about the extraordinary results which can be achieved by working in this way, have a read of the ‘The One Thing’ by Gary Keller because he describes the process far better than me or my Grandad ever could.

Be careful who you take advice from.

When it comes to deciding which kind of business to start, you probably realise that you should only listen to people who actually know what they are talking about, not in theory, but who have actually successfully achieved the methods which they are teaching. It is not an exaggeration to say that there are people out there offering courses on how to make £10,000 per month who are not even making £100 per month themselves. You should also only listen to people who have actually been doing as they preach for the long term instead of just striking it lucky.

One of these people is John Thornhill.

It would be fair to say that he has forgotten more than most people know about starting an online business and if you would like to know more about what he considers to be one of the best business models out there, take a look at www.automatedsalesformula.info

Don’t get me wrong, in the business model which John teaches, you have to put the work in. Anyone who tries to tell you different is someone that you shouldn’t listen to, but if you do put the work in and follow the steps that John lays out for you, he will actually guarantee that this is a business that will work for you. It doesn’t really get much better than that, does it?

Listen to what he tells you because it could literally change your life.

And don’t forget, you can’t whistle with a mouth full of custard!

One thought on “You Can’t Whistle With a Mouth Full of Custard!”